Elucidating the mechanism of development and progression of cystic lymphangioma.

Elucidating the mechanism of development and progression of cystic lymphangioma.

Lymphatic vessels play an important role in the collection of tissue fluid and the immune cell recruitment. In the pathological condition of lymphatic vessels, cystic lymphangioma has been known as congenital abnormalities of lymphatic malformations. Cystic lymphangioma occurs mainly in children and exhibits large lymphatic cysts. The pathobiology is benign; however, large cysts in the neck can be compressing the airways. In addition, large cysts observed around the head, face and neck are the emotional burden on patients and their families due to their appearance problem.

Furthermore, β-KO mice were treated with anti-Amphiregulin neutralizing antibody and Erlotinib, an inhibitor of EGFR. Both group of β-KO mice were drastically suppressed the formation of cyst-like lymphatic vessels (Appendix 2). 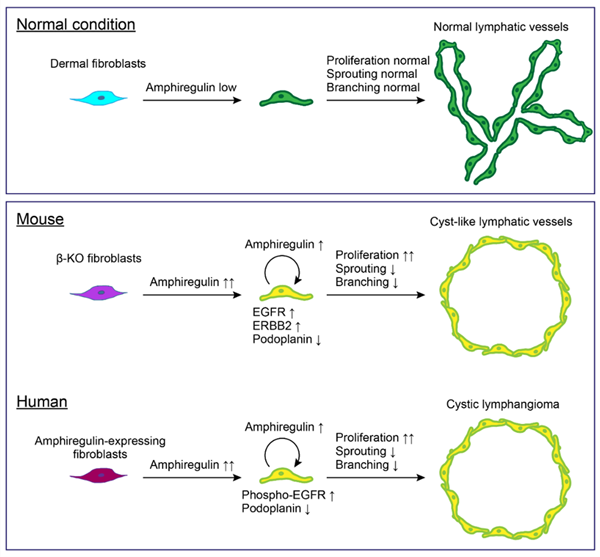