On October 17, 2019, President Saito visited to Beijing, China to give a special lecture at China-Japan Friendship Hospital 35th anniversary symposium and received the title of honorary professor from Sun Yang, Director of the Hospital.

China-Japan Friendship Hospital and University of Toyama(UT) concluded a university level-agreement in March 1986 and re-concluded in December 2012. In recent years, the academic exchanges have been carried out mainly with Institute of Natural Medicine (INM) ,UT.
From INM, Director Komatsu, Prof. Kadowaki and Prof. Shibahara also attended the anniversary symposium. After the symposium, the signing ceremony for the Memorandum of Research Collaboration Project on Chinese and Japanese traditional medicine was held.
Further development of academic exchanges between the two institutions can be expected. 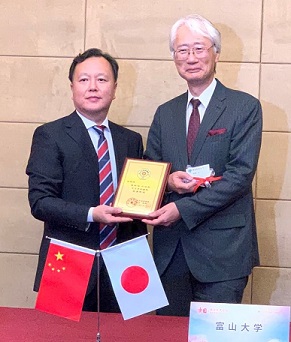 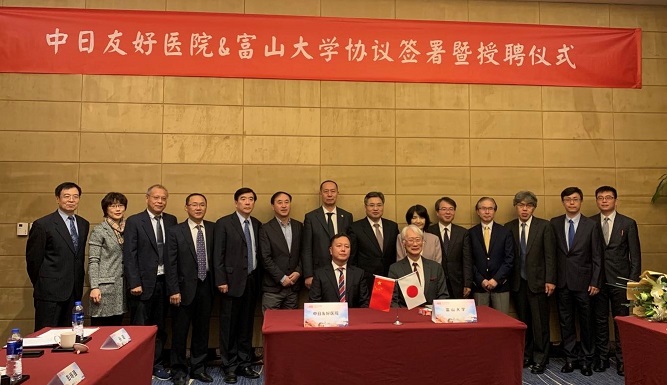 Group photo at the signing ceremony