Passive priming of prior knowledge to assimilate ongoing experiences underlies advanced cognitive processing. However, the necessary neural dynamics of memory assimilation remains elusive. Uninstructed brain could also show boosted creativity, particularly after idling states, yet it remains unclear whether the idling brain can spontaneously spark relevant knowledge assimilations. We established a paradigm that links/separates context-dependent memories according to geometrical similarities. Mice exploring one of four contexts one day before undergoing contextual fear conditioning in a square context showed a gradual fear transfer to pre-exposed geometrically relevant contexts next day, but not after 15 min. Anterior cingulate cortex neurons representing relevant, rather than distinct, memories were significantly co-reactivated during post-conditioning sleep only, before their selective integration next day during testing. Disrupting sleep co-reactivations prevented assimilation while preserving recent memory consolidation. Thus, assimilating pertinent memories during sleep through co-reactivation of their respective engrams represents the neural underpinnings of sleep-triggered implicit cortical learning.

Significance of the findings

A flexible interaction amongst memories is hypothesized to inform perception through extracting commonalities between the various life experiences and forming connections beyond those directly learned. It often occurs spontaneously after –rather than during– learning, we therefore studied the role of offline brain machinery i.e., during post-learning awake and sleep states, in generating these delayed associations. We found that this offline learning occurs through the co-reactivation of cortical representations of an existing memory with that of a subtly-related recent one as it gets consolidated during sleep. On the other hand, an early online association occurs when memories share obvious commonalities. Finally, disrupting these delayed offline cortical co-reactivations, although not affecting individual memories, interfered with extracting their implicit relationship. 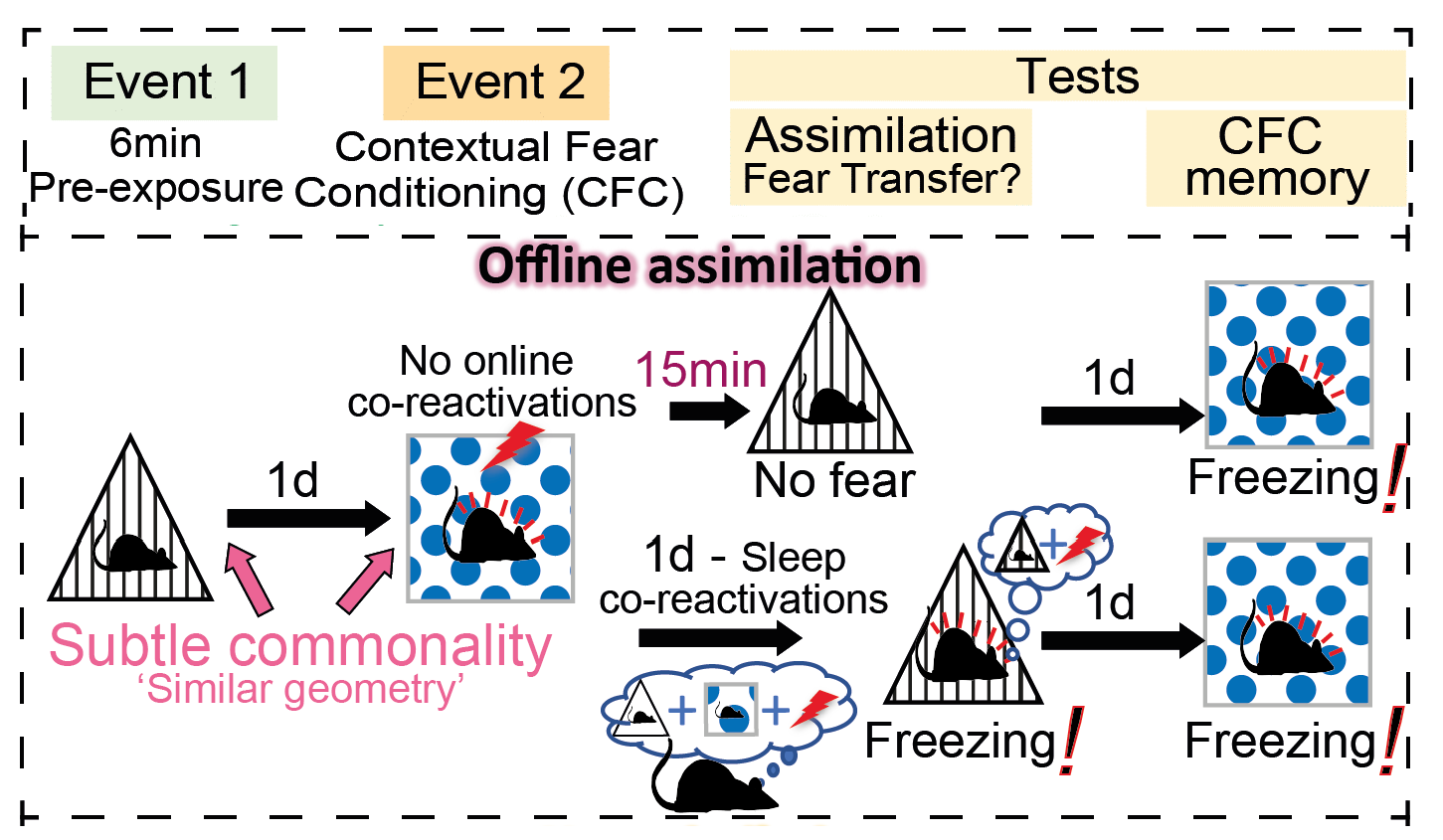