In our everyday life, we often have to follow a certain action sequence to attain our behavioral goal or reward. A good example is the sequence to open a locked door: one has to first turn a key to unlock it before turning the doorknob. Although we know the final action in the sequence that ultimately leads to the goal, it often needs to be withheld while performing the preceding action properly. There are multiple motor areas in the primate frontal lobe (Fig. 1). Among them, the dorsal premotor area (PMd, lateral sector) and pre-supplementary motor area (pre-SMA, medial sector) are involved in the control of motor sequences. However, it was not clear how these two areas contribute to coordination of sequential movements differently. This is because few studies had directly compared neuronal activity in medial- and lateral sectors of the higher motor areas while performing motor sequences. To address this issue, Nakajima et al. recorded single-cell activity in both areas while monkeys memorized and performed multiple motor sequences each of which comprised a series of two movements to obtain a reward. Their findings suggest that the PMd preferentially represents the final action that ultimately leads to a reward in a prospective manner, whereas the pre-SMA coordinates switching among multiple actions within the context of the sequence (Figs. 1 and 2).

Their findings are of significance to understand the distinct roles for motor-related areas in the planning and executing motor sequences and the pathophysiology of apraxia and/or Parkinson’s diseases that disables skilled motor actions. 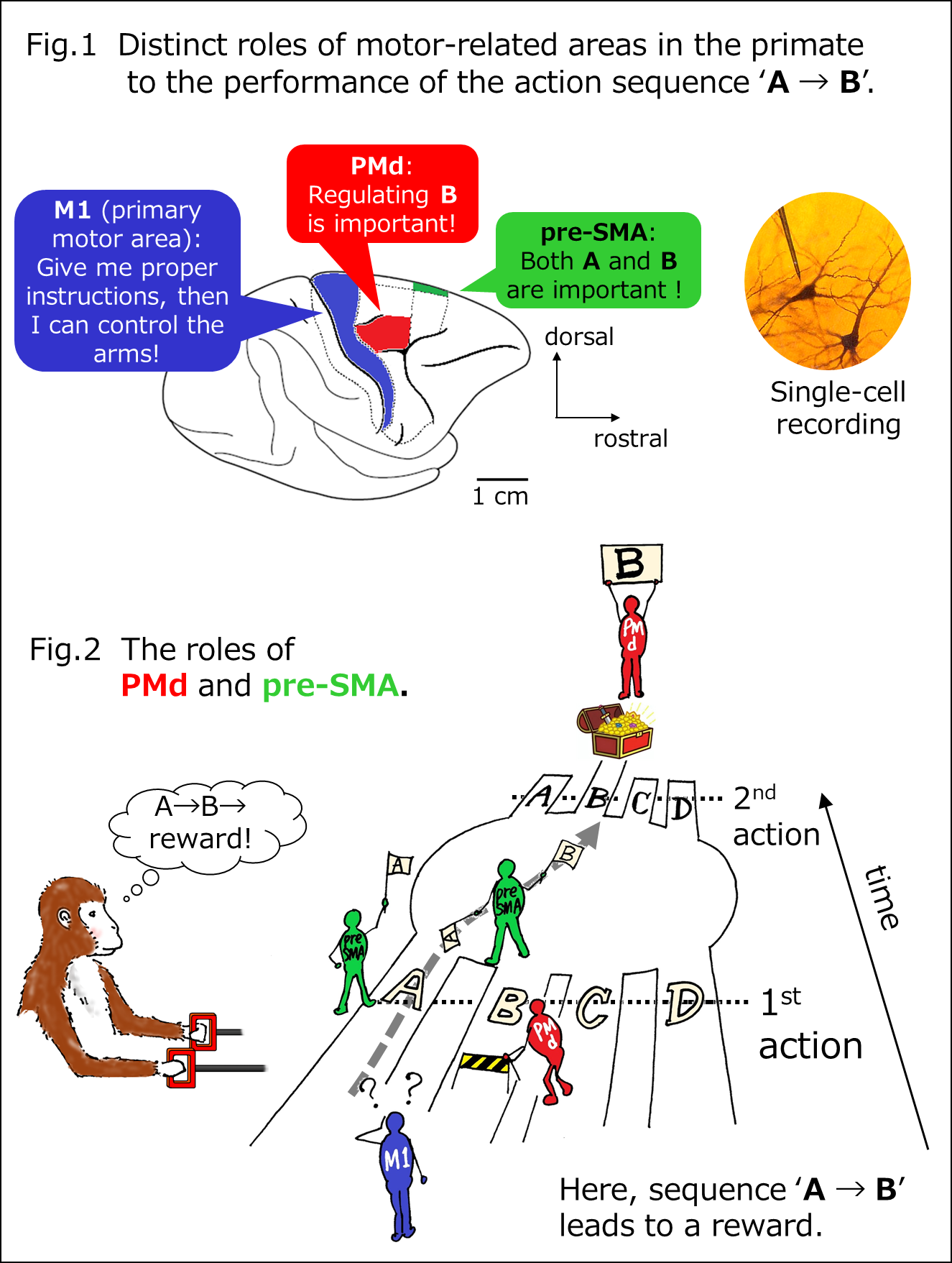 Title of the original article