Peking University Health Science Center (PKUHSC) and University of Toyama (UT) concluded a university level-agreement in January 1998. In February 2005, an agreement for International Cooperative Center (ICC) on Medicinal Resources between PKUHSC and Institute of Natural Medicine (INM) ,UT was concluded, and renewed in February 2010 and 2015. Both institutions have ICC at their campuses, and the international activities have been carried out mainly with Professor Cai, PKUHSC and Prof. Komatsu, Director of INM.

During this visit, the participants had a lively discussion about the renewal of our agreement, collaboration researches with the features of Chinese and Japanese traditional medicine and exchanges of student between the two institutions in the future.
After the courtesy visit, Prof. Cai gave a lecture at our joint seminar at INM. 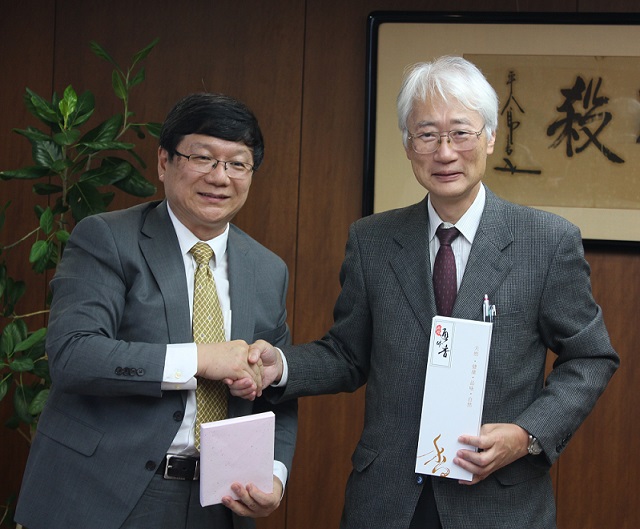